Michael Huber founded his touring company 1985 as “Puppentheater und Musik” together with his brother, the musician Tobias Huber (violin and mandolin). Together they realized 2 creations. “Knüsis Meadow-Circus” was conceived as a street performance, it is – after presentations on many stages and festivals – still in the current program.

Until now 23 creations have been realized, 2 of them without words, a new street performance using an invented language and all the others in Swiss German and German. Versions in other languages were realized for 8 plays in French, 6 in English, 2 in Spanish and one in Italian. The company has participated at international puppet theatre festivals in 18 countries throughout Europe, Asia and and South America. 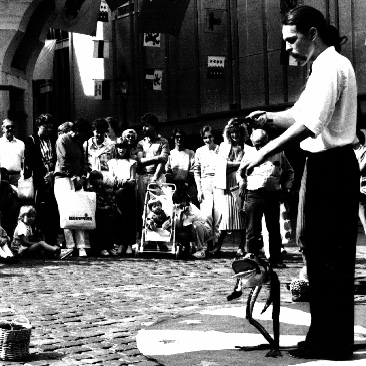